perez with the fob version of hamiltons hat

on the faster tyre and still cant pass lewis

nico aint built for this

what  a fucking race

that shit is getting downloaded and saved

Formula 1 teams and the sport's bosses have agreed to look into ways to make the current cars louder, following complaints about the noise.

After a series of meetings over the Bahrain Grand Prix weekend to discuss the current state of F1, AUTOSPORT understands that unanimous agreement was reached for action to be taken regarding the noise.

A working group is to be set up by the FIA to look into the matter, with a view of making sure that the turbo noise can increase as soon as possible.

The new 1.6-litre turbo engines are quieter than last year's V8s, and there have been numerous complaints from fans, F1 commercial boss Bernie Ecclestone, some drivers and team people that the sound is not good enough.

It is hoped that tests for the revised engines can take place as early as the post-Spanish Grand Prix test in May.

FIA president Jean Todt, who has long backed the new fuel-efficient regulations, says he accepts that the complaints are strong enough that action is necessary.

"It's something we have been addressing with all the manufacturers involved in F1, to address the thing even with the new regulations," he told selected media including AUTOSPORT ahead of the Bahrain Grand Prix.

"So we must see if we can implement in short, medium, long term, a bigger noise. And that we will do and we will get unanimous agreement."

When asked when he believed the new cars would be louder by, Todt said: "It's very difficult for me to give you an accurate answer.

"I have been asked to address the problem of the noise. It is a problem which creates some concern.

"I feel that we can apply it with the unanimous agreement of how to apply it, then we will do it.

"After Barcelona there will be two days testing, so hopefully there is something that can be tested."

NO PUSH FOR FURTHER RULE CHANGES

Although Todt accepts that the noise complaints are enough to require action, he does not agreee with suggestions of tweaks to the fuel economy regulations from Ferrari president Luca di Montezemolo.

Di Montezemolo met with Todt in the hours ahead of the race to discuss his concerns about the matter.

Speaking after that meeting, Todt said: "We are in a world where unfortunately we don't have only one voice, which is fair.

"I don't think if you ask Hamilton and Rosberg if they are driving like taxi drivers...

"If you have an efficient car you don't have any problem.

"I hear that some engines are over the minimum limit of the weight of the engine, which is 145 kilos. If you have an engine five, ten or 15 kilos heavier of course it is not as powerful."

Formula 1's plans for a cost cap in 2015 have been abandoned, FIA president Jean Todt has revealed.

The FIA announced at the end of last year that it wanted a cost cap in place for next season, with it hoped agreement on how it could be enforced reached by June 2014.

But AUTOSPORT has learned that the six team representatives on F1's Strategy Group - Red Bull, Ferrari, Mercedes, Williams, McLaren, and Lotus - wrote to the FIA last month to say they did not believe plans for a budget cap were realistic.

They claimed that enforcing and policing a budget cap that would satisfactorily cover all the teams was impossible, and instead suggested that cost cuts should be made through technical and sporting regulations.

Attending his first grand prix of the season in Bahrain on Sunday, Todt confirmed that the teams had informed him of their belief.

And with him needing team support to push a cost cap through F1's Strategy Group he felt there was no point trying to press on with the idea.

"Most of the teams were in favour of the cost cap, but I understand that all the teams that are part of the Strategy Group are against it now," he said.

"So clearly, if the commercial rights holder, and if six teams, which means 12 of 18 are against, I cannot impose it. It's mathematics. So in this case, no more cost cap."

Todt said he had hoped the cost cap would work, as he thinks it will be harder to achieve the necessary budget restriction through regulation tweaks.

He added: "Am I disappointed? In a way I am disappointed because it may be more difficult to achieve the reduction which I feel is needed.

"But everyone says we are all in favour of reducing the cost, and through sporting and technical regulations."

That was a sick race.

I thinks there's a clear difference between the mercs and everyone else.

They explained it during quali yesterday.

Doesn't explain why certain other teams don't have a similar advantage.

Why is lewis drifting into an american accent tho

His accent has always been strange. Guess its cause he's been travelling all over the world from a young age.

That was a sick race.

I thinks there's a clear difference between the mercs and everyone else.

They explained it during quali yesterday.

Doesn't explain why certain other teams don't have a similar advantage.

No not the others with Mercedes engines, I meant Ferrari/Lotus.

Or did they know ahead of those two as well?

Why is lewis drifting into an american accent tho

Lewis always had an accent. (Noticed for a couple of years Now)

Don't know what it is. Its crossed.

What a lap by Lewis

Could be Lewis Year still

Dunno where Lewis is going with that trim though

couldnt even disguise it.

Afroman did you find out where to get Lewis's hat from?

Afroman did you find out where to get Lewis's hat from?

Lol Nah. Looked every where.

Co-sign on the whip upgrade before the drop. Same boat.

Can only be this one in this colour.. 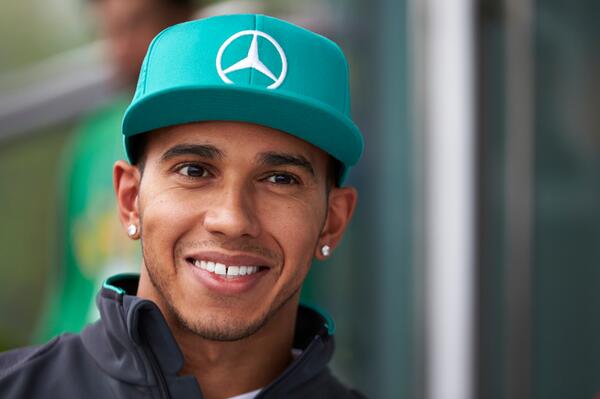 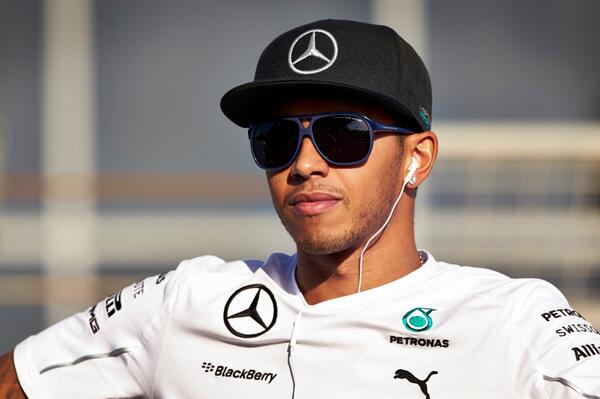