mad how the whole draft system is in America, would be fucked in football.

mad how the whole draft system is in America, would be fucked in football.

mad how the whole draft system is in America, would be f*cked in football.

tried to do a season there on fm

tried to do a season there on fm

I won in MLS

What's their limit on international signings?

Player acquisition and salaries
David Beckham was the league's first Designated Player in 2007.
The average salary for MLS players is $160,000, with the median being $100,000 as of 2013,[93] lower than the average salaries in the Football League Championship, the second tier of English football, ($343,861 in 2011)[94] or Holland's Eredivisie ($445,000).[95] MLS salaries are limited by a salary cap, which MLS has had in place since the league's inception in 1996. The purpose of the salary cap is to prevent the team's owners from unsustainable spending on player salaries — a practice that had doomed the North American Soccer League during the 1980s — and to prevent a competitive imbalance among teams.[30] The salary cap survived a legal challenge by the players in the Fraser v. Major League Soccer lawsuit. For the 2014 season, the salary cap is $3.1 million per team, and the maximum salary for any one player is $387,500.[96]
Teams may augment their squads by signing players from other leagues. MLS has two transfer windows — the primary pre season transfer window lasts three months from mid February until mid May, and the secondary mid season transfer window runs one month from early June to early August.[97] All MLS teams have a limited number of international roster slots that they can use to sign non-domestic players.
MLS has also introduced various initiatives and rules intended to improve quality of players while still maintaining the salary cap. Rules concerning Designated Players, Generation Adidas players, home grown players, and allocation money all allow for additional wage spending that is exempt from the salary cap. These initiatives have brought about an increase in on-field competition.[98]
The designated player (DP) rule allows teams to sign a limited number of players whose salary exceeds the maximum cap, each DP player only counts as $387,500 (the maximum non-DP salary) against the cap. Instituted in 2007, England's David Beckham was the first signing under the DP rule.[99] The DP rule has lead to large income inequality in MLS with top DPs earning as much as 180 times more than a player earning the league minimum.[100] In the 2013 season 21% of the league's wage spending went to just 5 players, this stretched to 29% on the top 6 players in the 2014 season.[101][102]
The league's "Core Players" initiative allows teams to re-sign players using retention funds that do not count against the salary cap.[66] Retention funds were implemented in 2013 as a mechanism for MLS to retain key players; among the first high-profile players re-signed using retention funds were U.S. national team regulars Graham Zusi and Matt Besler.[66] MLS teams can also obtain allocation money, which is money that the team can use on player salaries that does not count against the cap, and teams can earn allocation money in several ways, such as from the transfer fees earned by selling players to teams in other leagues.[103]
The league operates a Generation Adidas program, which is a joint venture between MLS and U.S. Soccer that encourages young American players to enter MLS.[104] The Generation Adidas program has been in place since 1997, and has introduced players such as Landon Donovan, Clint Dempsey, Tim Howard and Michael Bradley into MLS. Players under the Home Grown Player rule are signed to Generation Adidas contracts,[97] all players on Generation Addidas contracts are "off budget players" and their salaries do not count against the cap.
MLS has required all of its teams to operate youth development programs since 2008.[105] Teams have the ability to sign up to two of their own home grown players to the senior team each year on contracts similar to Generation adidas contracts - which do not count against the MLS salary budget and may earn a much higher salary than the league minimum - to incentivise youth development. One of the most prominent and lucrative examples of success in "home-grown" development was Jozy Altidore, who rose to prominence as a teenager in MLS before his record transfer fee $10 million move to Villarreal in Spain in 2008.[106] The various MLS teams' development academies play matches in a U.S. Soccer developmental league against youth academies from other leagues such as the Division II North American Soccer League (NASL) and Division III USL Pro.[107]
MLS also operates reserve league which gives playing time to players who are not starters for their MLS teams. The Reserve League has been in place since 2005 (with the exception of the 2009 & 2010 seasons).[108] Since 2013, MLS has integrated its Reserve League with the Division III USL Pro competition

Kaka is going to eat so well 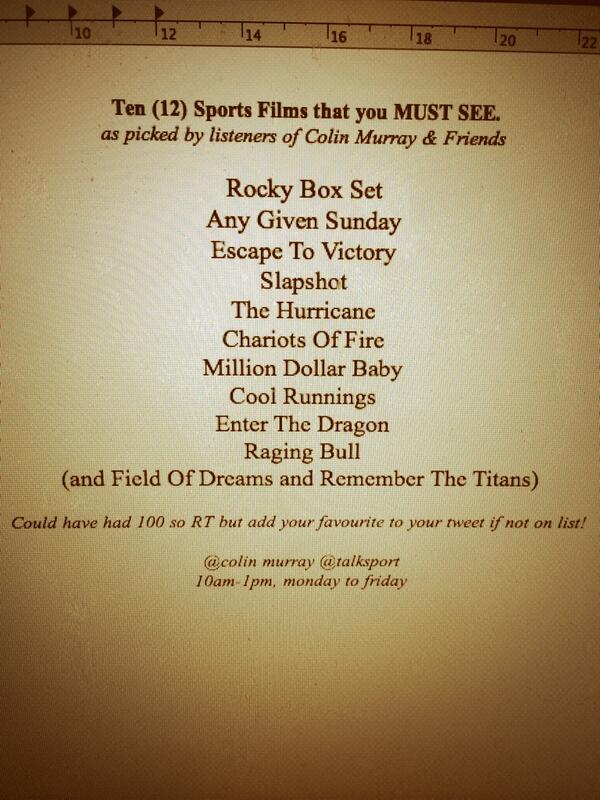 fuckin ell slapshot is a classic for any hockey fan, have it on dvd gona draw for it this weekend with no premiership

there was a doc recommended on here a while back about a basketball prospect who flopped and ended up fat, forget the name but was a good watch

Yeah season 1/2 was about the youth team

Pilar was such a spice she reminds me of Sahara.

Yeah season 1/2 was about the youth team

Pilar was such a spice she reminds me of Sahara.

The show is a actual madness

There needs to be a new football show

Some lucky girl Is deffo buying It for me at xmas

I would recommend watching the film 1st before tv show

Palio is meant to be sick, downloaded it, same producer as senna, amy, ronaldo, exit thru the gift shop

Watched 30 for 30's Hillsborough documentary the other day, a very well made piece. Learnt a lot that I didn't know about the tragedy.

The FNL film is very good, on par with the series tbh.