Ulysses i can't agree with you there brother Pasaively benefiting from the fund is bad enough but he also held personal shares in the fund which was avoiding tax. That might not be illegal but as 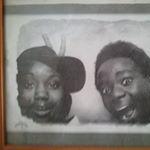 -disagrees with point -proceeds to say "you don't get it" -doesn't explain. Yup, we got an Internet intellectual

cast your mind back to the thread about them somalis with disabled kids living in an expensive house guys were disgusted where is Ulysses? usually crawls out the woodwork when it's got to do