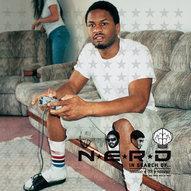 Well...... According to them they will not be selling it at all as a standalone. You have to buy it as part of the package. But they will say that won't they, then a few months down the line they will