a differing view of the situation:

Radar brought it to themselves. Handled the matter like a typical pirate radio.  You can't excuse sexual harrasment at the excuse other peoples job on the line. I am not calling for the put come the outcome they took, but it was all down to the way they handled itm

No sympathy. If you are working full time at an organisation that handles such serious matters like that, You seriously have to look at yourself. 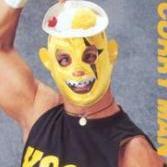 As a person who has frequented radio in general including Radar, a lot of this is light.

The difference is the station have put themselves across as a big deal and a legit radio and is run by the son of a person who is notoriously hated.

I seen some super foul shit at pirate radio stations. Think why pabz (RIP) of axefm was liked as much as he was coz of how man was with everyone (except the whole Hunni G stuff).

Ollie is ghost....i seen him a few times but he aint there like that. The amount of girls at Radar is a madness...i would go in sometimes and there would be a bag of young exotic looking females bunched up on the sofa. I used to just walk straight in the studio part. I had women come up to me whilst there (either before or after set) asking why im antisocial towards them? theres a LOT of over friendly girls that work there, but at the same time, there's a lot of females who work there that carry themselves very professionally.

Grime/rap has always been homophobic and sexist lets be honest? how they getting mad about lyrics like the genre aint been that since the beginning? Can't be putting a block on that. Sameway homosexuals, transexuals etc should be free to go and say what they want. The whole radar slogan was "tune in or fuck off"...they encourage you to have freedom of speech.

Many times we had a female do the engineering for the set and that shit wouldnt even cross my mind. (big up shireen & the sacairia sound chick).

They really dealt with this completely wrong though and should of known better. They aint about to shut up shop though. Too much money invested. You have DJ's that openly promote trans/homo sexual positive stuff and then you got other musicians promoting homo/transphobia..this was bound to happen..

MadVybez brought up the point of not supporting radar due to who runs it and what it promotes/stands for. At the time I didn't agree with this but upon further reflection (before this whole thing kicked off) I agree with him now.

Chuckie is from west

Thought he was from NW still.

Why is anyone speaking about dj's not being paid and things of that nature?

also doesnt surprise me that Ralph Hardy name was brought up.

I've seen this said alot since this story has broken

If Dj/presenters agreed to work with no pay from the jump off Don't Cry/Don't Beg about the stations financial revenue.

these guys have no idea how they're gonna make money from being music, but they hear about people in their workplace being paid stable salaries, and they see a 75" TV appearing in their office for no reason

its the same issue as the fashion industry, and the film industry, and the events (concert/festival/club/etc) industry, being run on volunteer work - where several people are sure they're doing a good job, but can't understand how to get paid

Not saying its bless.

If you had an agreement prior to working for a company, that you are going to be working there without getting paid, you can't get mad at those who are there earning a stable salary.

You can set up a meeting and renegotiate, but they are not obliged to offer you a salary post agreement.

A business like Radar would have to have a large number of (non paid) freelancers and interns to stay afloat in the first couple years. Surprised there are people there on stable incomes to be honest.

these guys have no idea how they're gonna make money from being music, but they hear about people in their workplace being paid stable salaries, and they see a 75" TV appearing in their office for no reason

its the same issue as the fashion industry, and the film industry, and the events (concert/festival/club/etc) industry, being run on volunteer work - where several people are sure they're doing a good job, but can't understand how to get paid

It's bless and they should shut tf up tbf

They should count themselves lucky

It's not like any of the industries you mentioned at all

And if they wanna get ON on

I dunno if I can agree wholly with the above ^ @Trap God . I definitely agree that its a privelege, but I don't see that because they are in a position of privilege in comparison to a large group of people also trying to get their foot in the door, that they shouldn't be compensated. Having spent a bit of time at the Radar studios prior to this all spilling out, its clear there's been a huge amount of investment, and for the sake of sustainability its important that everything is paid for, that includes staff.

Not saying they should be chucking these lot stupid wages, but for those who are genuinely committing time, effort and helping build there, they should be compensated. At the point alot of these lot jumped on with Radar things were very very different financially. IMO if people were being paid it would force the owners into ensuring there was procedure/oversight - because its being ran like a youth club with a couple workers interspersed it likely doesn't give the impression of a professional environment that it should. Hence the deevs in the scene thinking it was a free for all.

Think certain djs are only bringing up the pay issue because of who the owner is tbh.

The office workers, admin staff etc should get paid though, even rinse paid those roles.

DJ's should be happy to use the state of the art studio to peddle their wares and introduce themselves to a bigger audience.

Can't be expecting to be paid and earning money from DJing straight off the bat which is something people do for the love of the music remember.

THESE MAN DONT EVEN HAVE TO PAY FOR RECORDS ANYMORE FFS

These times man are sauntering up to radar with coupla usbs complaining they ain't getting paid?

Either negotiate adequate pay from the jump, do it for free for the love and experience it will give you or decline and go do something else that gets you paid if that's what you're here for

They all walked out like sheep... some of them must of known for timeee but only walking out now to try and save face is embarrassing tbh.

The pay thing isn't an issue though..

THESE MAN DONT EVEN HAVE TO PAY FOR RECORDS ANYMORE FFS

These times man are sauntering up to radar with coupla usbs complaining they ain't getting paid?