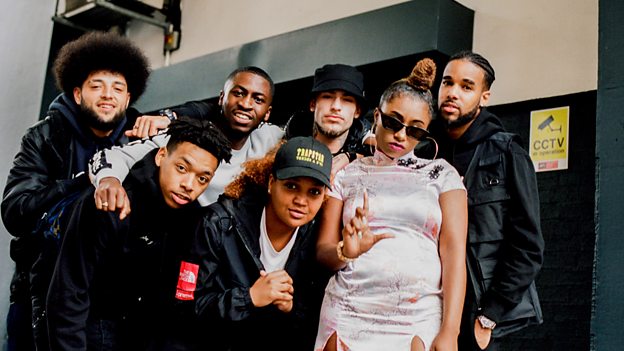 Available on BBC iPlayer from 10am on Friday 23 August

Over six episodes the trio will be testing the artists in areas of the rap industry as they suss out who has got what it takes to get their name on the contract.

Each week the artists are set two tests in which they will be asked to step up and show who has the hardest bars, the song-writing props, or the stage presence to cut it in the rap world. The artists will be living under the same roof as they compete to change their lives.

In episode one, straight after the artists meet each other they find themselves in front of Krept, Konan and DJ Target, who are primed and ready to hear the artists’ first on-the-spot performance. Some fly high, others fluff their lines, but the competition begins there. After the artists have had their minds blown by the pad they will be staying in for the six weeks, the three mentors send another surprise to the downstairs studio: a challenge to ride the beat that made Krept & Konan household names.

As Konan says - no pressure.

Nothing is organic anymore.

Anymore? When did it ever work.

Dont think the british rap/grime scene ever had this type of show.

Its about 10 years too late unfortunately

nah the (white) public are only now warming to the scene so its perfect time, its the post-Stormzy world

Who remembers that uk show called chancers.  Think damon dash putney together. It was quite similar to this.

And this donny featured

Good casting and structure, episode 2 was jokes. The clashes 🤣